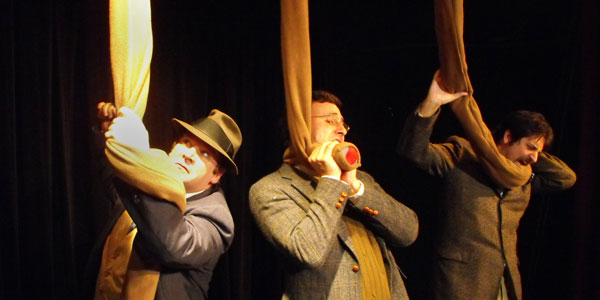 Three classic stories that ask the question, “What IS that thing?!?!”

Hardcover Theater is proud to present three classic stories never before seen onstage. In “The Beast with Five Fingers,” a man is haunted by a severed human hand. In “Lukundoo,” an African witch-doctor pronounces a terrible curse on a British explorer. And in H.P. Lovecraft’s “The Dunwich Horror,” something unspeakable tries to enter our universe by way of a small New England town.

Your host is a malevolent Librarian. The stories provide chills without gore. And there’s plenty of comedy. Suitable for all ages.