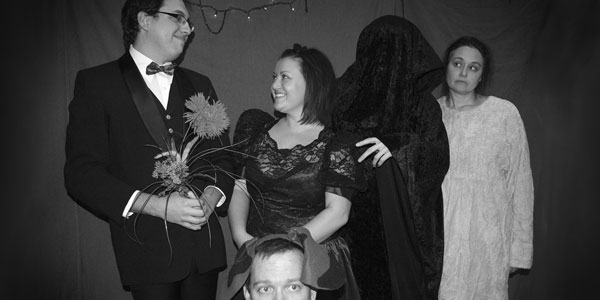 Based on the comic books by Dave Louapre and Dan Sweetman

Adapted from the cult comic book series, Beautiful Stories for Ugly Children, this world premiere production is a hilarious examination of the unending search for happiness and the sometimes desperate measures taken to achieve it. A collaborative production with Workhouse Theatre, the show brings three BSFUC to life: “Beneath the Useless Universe,” “I am Paul’s Dog,” and “By the Light of the Screaming Moon.” The only BSFUC production of this kind.