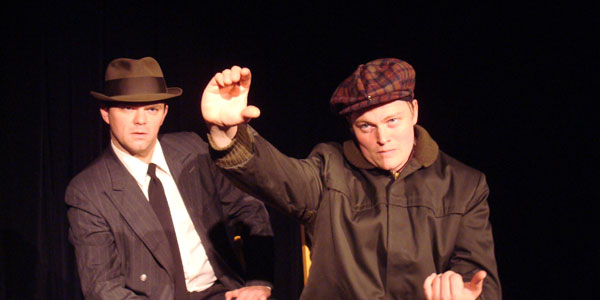 Take a wild ride through the popular fiction of the early 20th century! Brand-new, fast-moving adaptations of five stories in various genres.  All staged in Hardcover’s innovative style. Admit it – you like this kind of garbage!  Featuring:

Box-Car Buckaroos
Three cowboys. A posse on their trail. An unexpected twist.

City of Blood
Private detective Race Williams is hired to clean up a town taken over by gangsters.

The White Lady
A young wife fears she’s losing her husband. And her rival isn’t even human.

Seagoing as Hell
Pop Milliken had forgotten more about submarines than his captain ever knew.