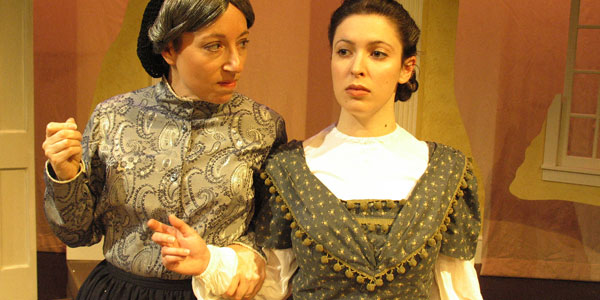 Before she became the celebrated author of Little Women, Louisa May Alcott (writing under a gender-neutral nom-de-plume) churned out lurid magazine fiction.

Although Alcott’s primary goal was to make money, this early work is very well-written. And some of it is surprisingly modern, featuring strong female characters who, instead of surrendering to fate, take matters into their own hands.

Behind a Mask – a story of love and deception, loaded with plot twists and populated by tormented characters – is generally considered the best of Alcott’s sensational potboilers. Its protagonist, Jean Muir, arrives in the Coventry household as a mere governess but soon takes command, making her social superiors dance to her tune. Is Jean pure evil, a femme fatale, a spider woman? Or is she simply doing what she has to do, as a Victorian woman of her social class, in order to survive? You be the judge.